I didn’t do the craft fair at our school. I let it come and go. Instead, I’ve been focusing on making little gifts for the kids at work. We had a gift day before we go on our Christmas break and it’s always nice to supplement the regular gifts with crochet items. They enjoy the crocheted items so I wanted to make as many as I could this year. The poop emoji’s tend be the most popular so I made some of those. They can’t get enough of poop! LOL

But I made a few others. I tried my hand at making circles by turning the work after each round instead of doing it in a continuous spiral. The spiral method doesn’t give me a perfect circle but I usually just work around that. This time, I wanted to give it a try and I think it worked out well. I made a winky face emoji with a Santa hat that the kids loved.

One of my students kept asking me to make a money emoji. I have to admit I kept brushing him off but he asked again while I was in my Christmas frenzy for gift day so I gave in. I think I nailed it! 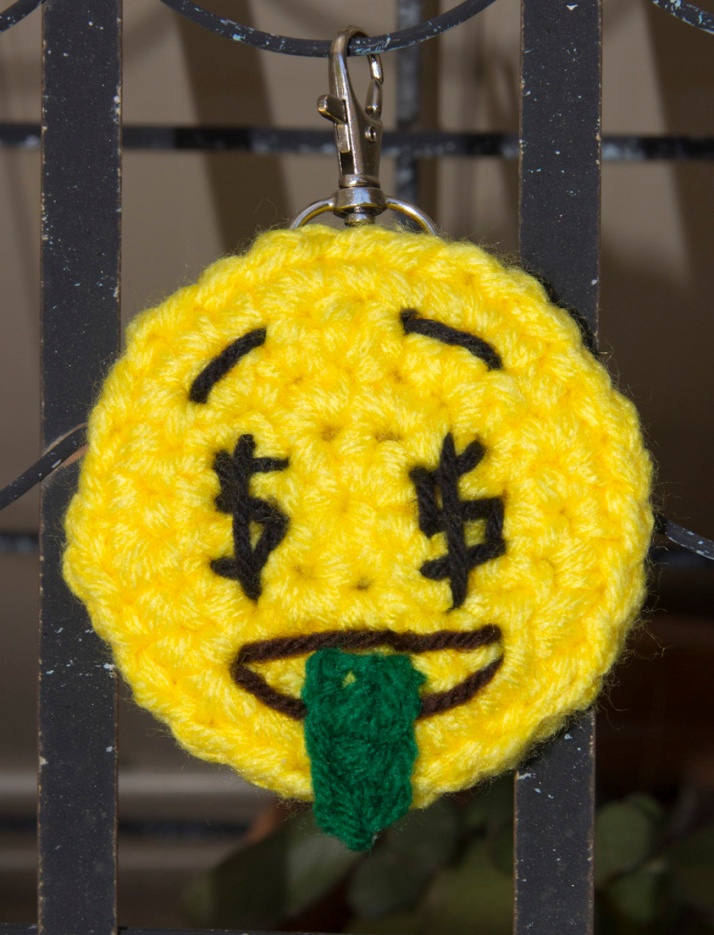 Another student saw me making the money one and asked me to make a purse. I was in an obliging spirit so I did. 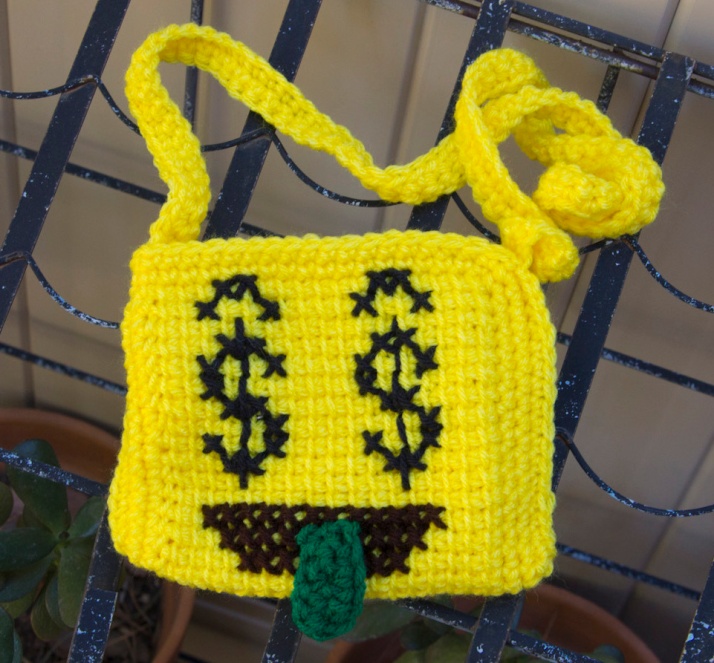 I thought a small Santa hat as a keychain would look cute, so I made one of those. A cute smiley face would do just the trick…except this happened.. 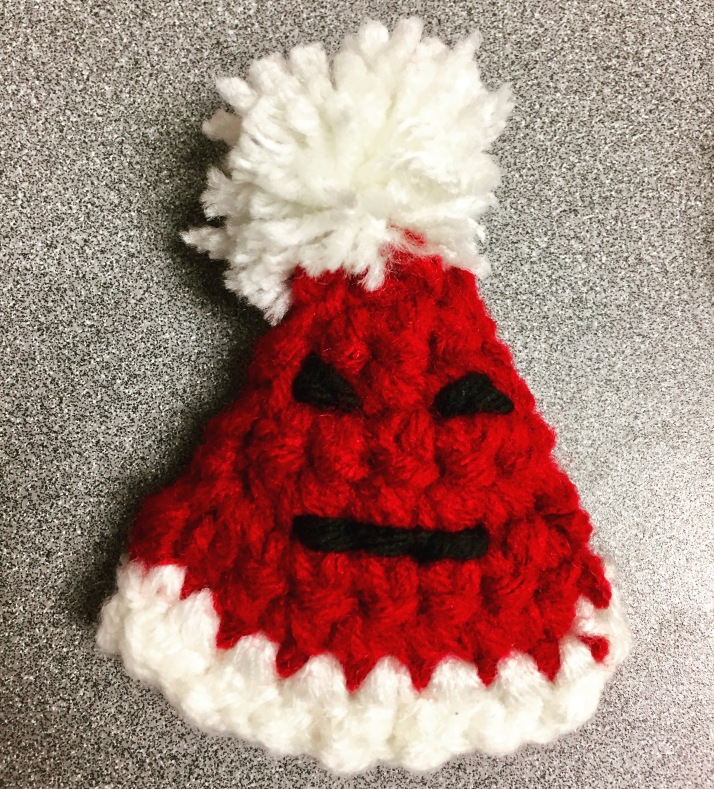 The kids thought the evil Santa hat looked hilarious so I kept it as is.

Here’s a winky face one. It looked like a fun one so I made a pillow out of it.

No crocheted gifts would be complete without, you named it, poop. I don’t usually cave to the demands of the people. I often refuse to make more poop emojis, but it’s Christmas. At Christmas time, I give in to the will of the people, and the people want poop, so crochet poop emojis it is!

I experimented with different methods to avoid all the sewing involved with my past poop emojis. It isn’t a bad method, but now I skip the sewing and it’s much easier and faster. Now I crochet in one piece. It looks identical to my other method but is so much easier.

I haven’t done a video in awhile but I’m thinking of doing one with the new method. The other method already had videos from others but I haven’t seen one like this new method. Hopefully I can get it done during our winter break (which starts tomorrow).

Here is how my setup looked on gift day.

Surprisingly, no one took the poop emojis! But they did pick the winky face pillow, the money key chain and money purse, the pokeball, the hook case, three phone cases, and surprisingly again, the yellow initialed purse. That’s my initial and I threw it in just to have more pieces to choose from. But I didn’t expect anyone to take it! LOL I’m glad they did though. 🙂

Another thing that was picked was one of my son’s old phone cases. It’s at least 5 years old but I made it when phones were small. He used it to protect his phone in his backpack. It was still in good shape so I thought the kids could use it as a pouch or ipod (some people still have those!) since it is now too small for current phones. One of the kids really liked it so he asked if I could make it bigger. Ugh! I said I would try. This was no ordinary pouch. It was double insulated. I basically had to cut off the top and remove the sides that sewed it together so I could get at the inner lining (yes, I had made a crocheted inner lining) and then lengthen the the outside. I did it and showed it to him and then he asked for his initial in red, on both sides! Ok, I finally finished and it’s ready to go to it’s new home. Except, then he asked for a clasp. Ok, once that was added, it was good to go. 🙂

Everything above the ‘M’ is new as well as the new edging.

And that concludes this year’s Christmas frenzy.