The doll is finally finished. 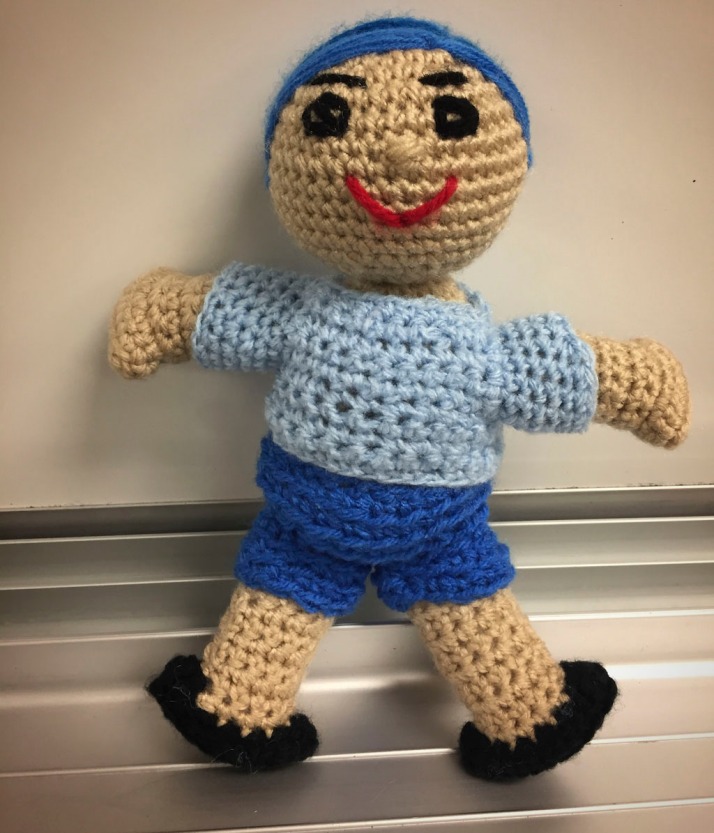 It had a few bumpy starts but sometimes you just have to make a choice and stick with it! The kids at work always have soooo much advice on how a project should go, most of the time, completely opposite from each other. So, it’s up to me to pick and choose which ideas to listen to.

For the hair, I wanted to use leftover strands of yarn I rescued from one of my  mom’s old projects, This piece had a tassel fringe of thread-yarn. I took all the tassels out and now I have this little bag of cut up blue strands I thought would look cute as hair. I finally pulled it out and tried it on the doll.

First off, I decided to make a boy doll. Then I had to figure out how to use those strands of yarn. I tried different things and pulled them out just as many times. I even abandoned the thread yarn for regular blue yarn but didn’t like that either. The kids said it looked like Coraline so I switched gears and tried to make it a Coraline doll. I didn’t like it so I went back to my mom’s strands.

I played around with it until I got something I liked. 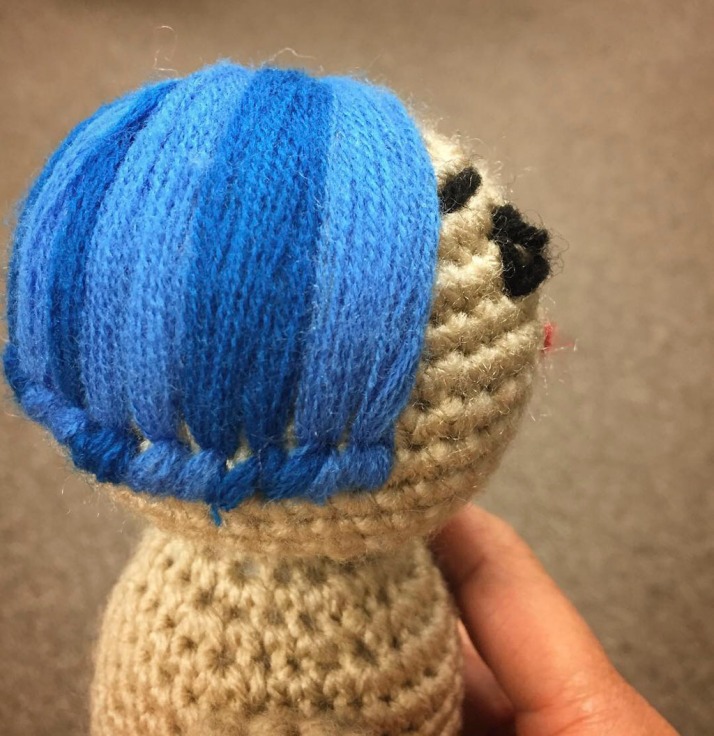 The kids kept insisting I make an orange shirt so I gave it a try.

Noooo! I no likey! Looked like a life jacket so I ripped it back. Started on the shorts instead.

I didn’t like any of the yarn I had at work because it was too thick so I had the bright idea to split the yarn (from the yarn ball I made of the rescued project). I didn’t know how hard that would be. The yarn kept getting tangled! I’m stubborn so I kept at it until I had just enough yarn to  make the shirt. Although I’ll probably never split yarn again, I finally got a shirt I liked. 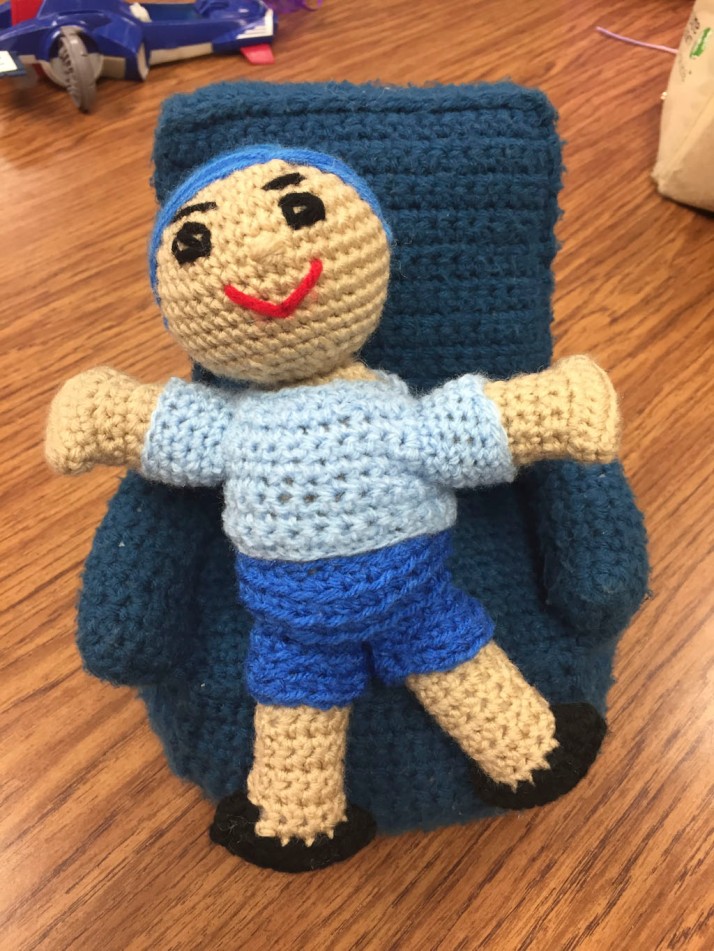 Finally I can relax. 🙂

I felt like he needed something more, so I made him a little backpack and the kids helped me fill it with crayons.

And now he’s hanging out in the ultimate prize-box. And apparently all the kids have laid claim to him when they finally make it. 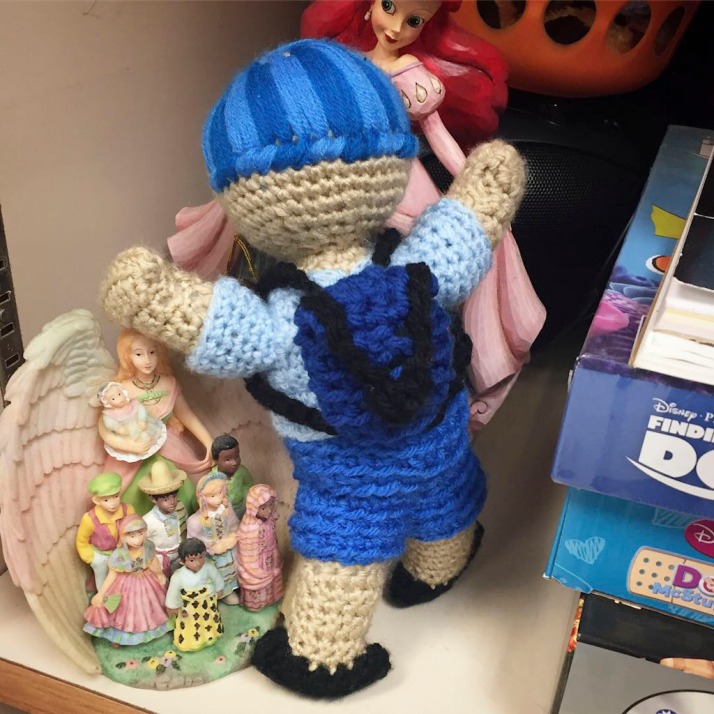 And now I really am working on a Coraline doll. 🙂

It’s been 25 years since I officially said I do. How did that creep up on me? I’ve known my husband since I was 15. What’s worked for us? That he’s my friend and I still like him after all these years. Yes, yes, I love him too, but I still LIKE him. I like being around him and going out with him. I get excited when we have a day planned together. Doesn’t really matter what the plan is, just that we’ll be doing it together. We still talk each other’s ears off but can enjoy the silence too. He’s still my friend and I like doing things with my friends. 🙂

Friends in high school (really, we were just friends) 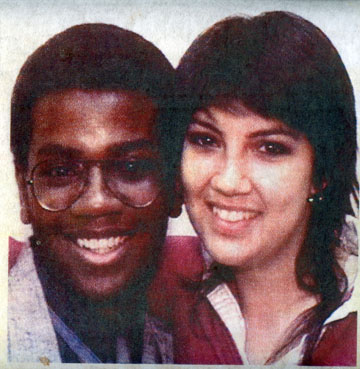 Were we ever that young? 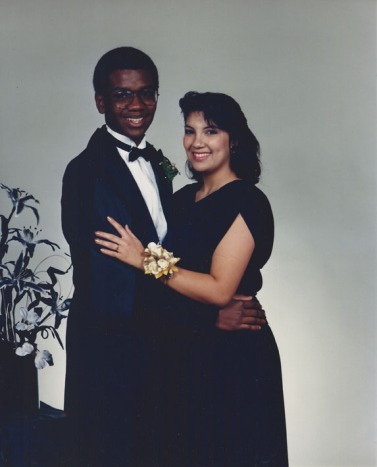 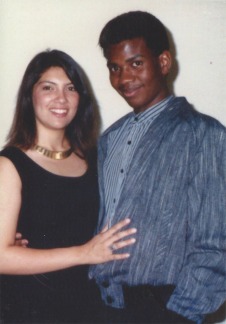 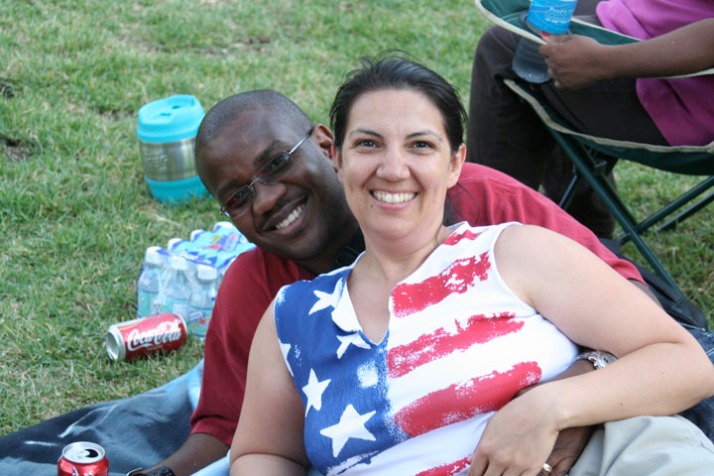 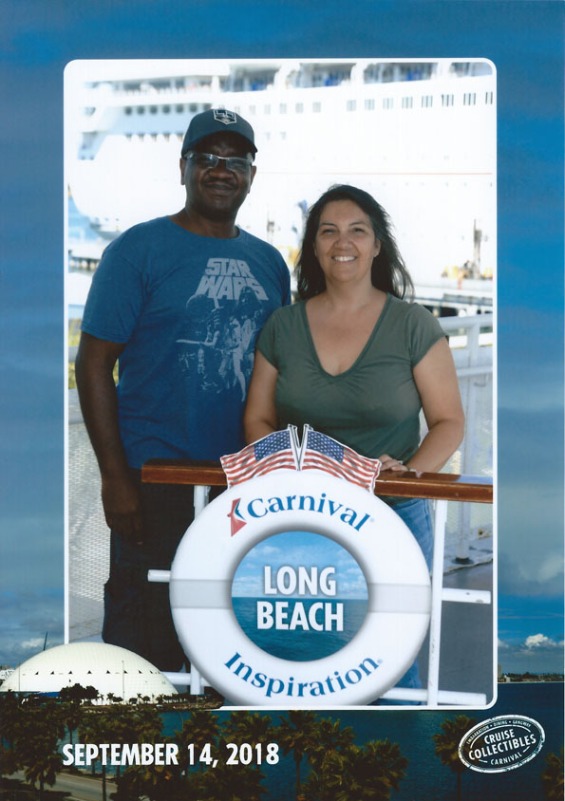 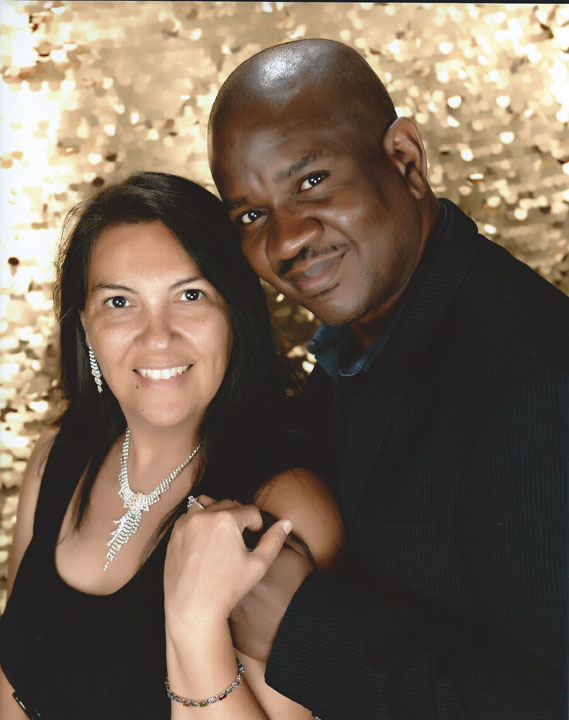 After only two weeks into the school year, one of my 4th grade students made this:

At the end of the last school year, she had been practicing single crochet. She walked in this year, a brand new 4th grader, and immediately started crocheting. She wanted to play with color and made several rows. I taught her how to weave in ends (she had a lot). I explained that she’d need patience and not to rush through it. Once she finished (she did indeed have patience), I brainstormed with her on what her work could become. We settled on a phone case and I know she was very proud of it. I was very impressed as well. 🙂