My sister asked me to make her a crocheted Baby Yoda face mask. I responded that of course I would and then didn’t make it…for two months! She asked again because she wanted to enter it in a contest at her work. They were awarding prizes for the best homemade mask. She was convinced we would win.

Well, now there was a deadline so I actually had to do it – plus prizes! I started throwing out ideas like maybe she’d like a Wonder Woman mask or a mermaid mask. Nope, she wanted Baby Yoda. I didn’t realize it at first, but I was probably baby Yodaed out. The other masks were things I’d like and not things she’d like, so I stopped procrastinating and made it.

I looked around for ideas on how to make a general crochet mask. I had already crocheted a few, but I wanted a different style for this one. Once I saw a few varieties, I designed my own with the right colors.

Just for the fun of it, I made the mask it’s own mask. 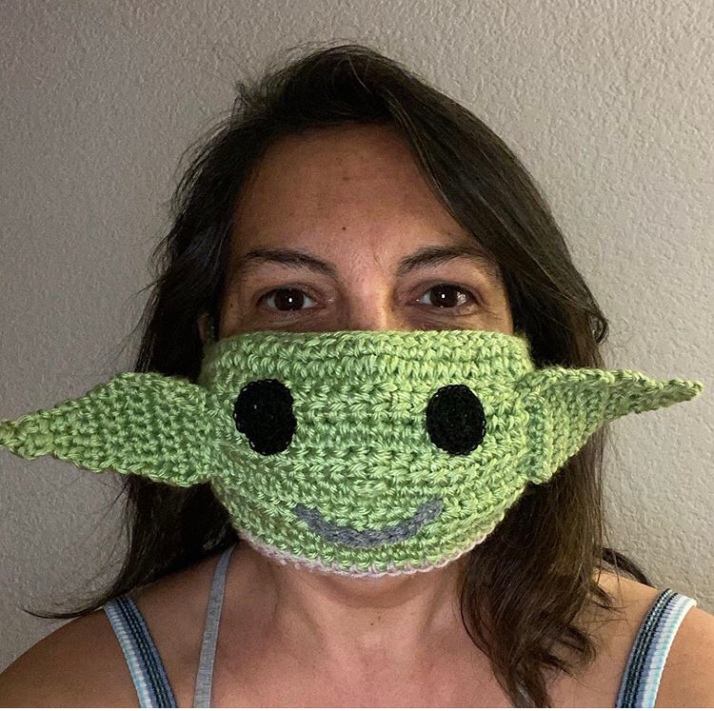 My sister also wanted her Company’s logo somewhere, so I placed it on the mask for the mask. The logo didn’t look complicated but it was challenging to represent it in crochet while making it recognizable as such. I made a few attempts until we were both satisfied.

Then she thought it would look cute if we took a picture of the mask on my big crochet Baby Yoda but it was too much baby Yoda! I suggested she take my big crochet doll instead and try it on her. The doll has only traveled from the school (where she was born) and my house. I entrusted her to my sister’s care and sent her on her way.

My sis did a fantastic job taking pictures of the doll with the mask. And it was fun to see she used one of my mom’s blankets as a backdrop. There was lots of crochet going on but it looked super cool. 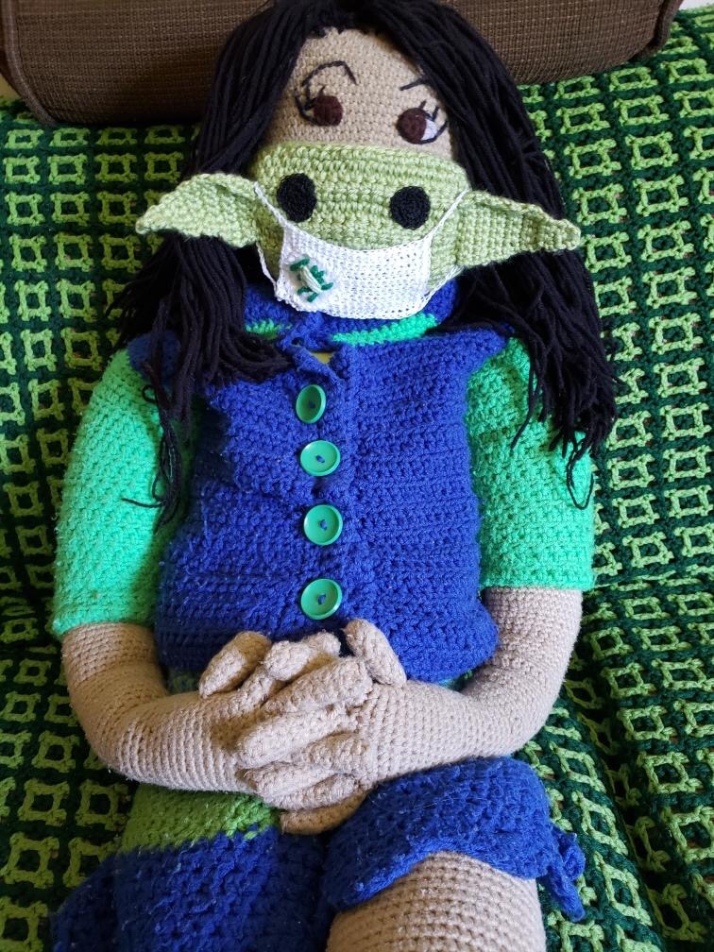 All I can say is if she doesn’t win with that, I’d like to see what does win!