I get on kicks sometimes. I get hyper-focused on an idea and stick with it for awhile (I’m looking at you emojis). And right now I’m caught up in costumes. I finished, not one but two crochet costumes for the Renaissance Faire this year and I’m contemplating making another for Comic Con Revolution that I’m attending this coming Sunday!

But then, I got distracted by Disney Bounding. What’s that, I hear you ask? Until just recently, I didn’t know either. We have Disneyland passes, and I started noticing that many adults were dressing up. My hubby called it bounding. To my hubby’s chagrin, I called it binding, bouncing, binging and everything else that sounded remotely the same as I could never remember it right. 🙂 I was curious about the difference between bounding and dressing up in costume, and he tried to explain to me that bounding was not a costume. It looked like a costume to me. He said it was more like regular clothes you wear that looked like a costume or something like that. At least that’s what I heard. He pointed out examples of this, and I pointed out examples that looked like costumes. We let it go.

Apparently, people over 14 aren’t allowed to wear costumes at the parks for various reasons, so adults wanting to get in on the fun turn to bounding. Well, since I’m all in with making costumes right now, and I watched a video from a blogger I follow where she explains bounding and how she tried it, AND my hubby and I are going to  Disneyland for the opening of Star Wars: Galaxy’s Edge (yes! we scored a reservation for the opening month), I was primed and ready to try some bounding of my own. Excuse the run-on sentence but I’m excited.

Bounding or Disneybounding is a way to dress as your favorite character using street clothes as an inspiration.

I wanted to do that! So on Mother’s Day, I had my family go shopping with me to find an Ariel bounding outfit. I was looking for a purple top and green bottom in anything (pants, shorts, skirt), as long as it was the right green. I found a top I really liked, but it was much harder to find a bottom. 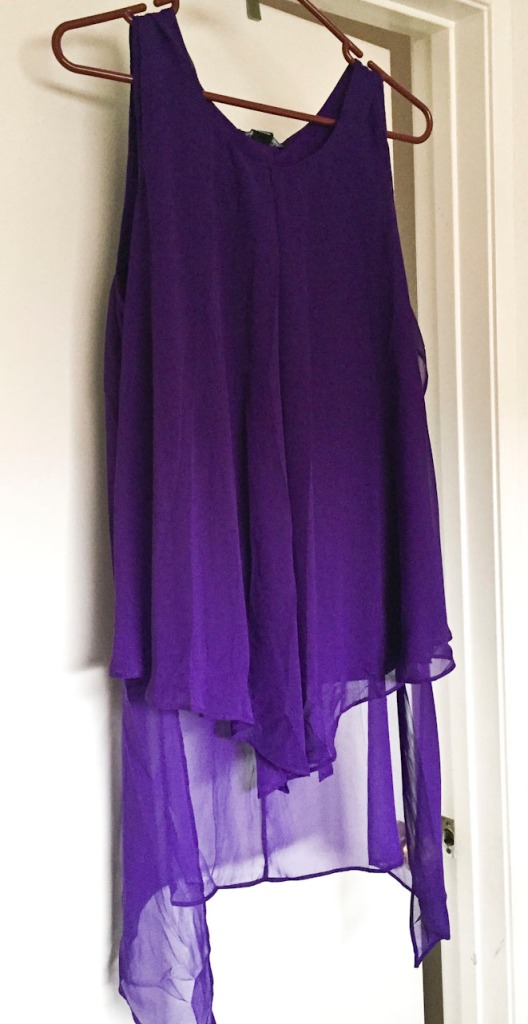 I ended up getting a greenish skirt, but it wasn’t exactly the green I was hoping for. 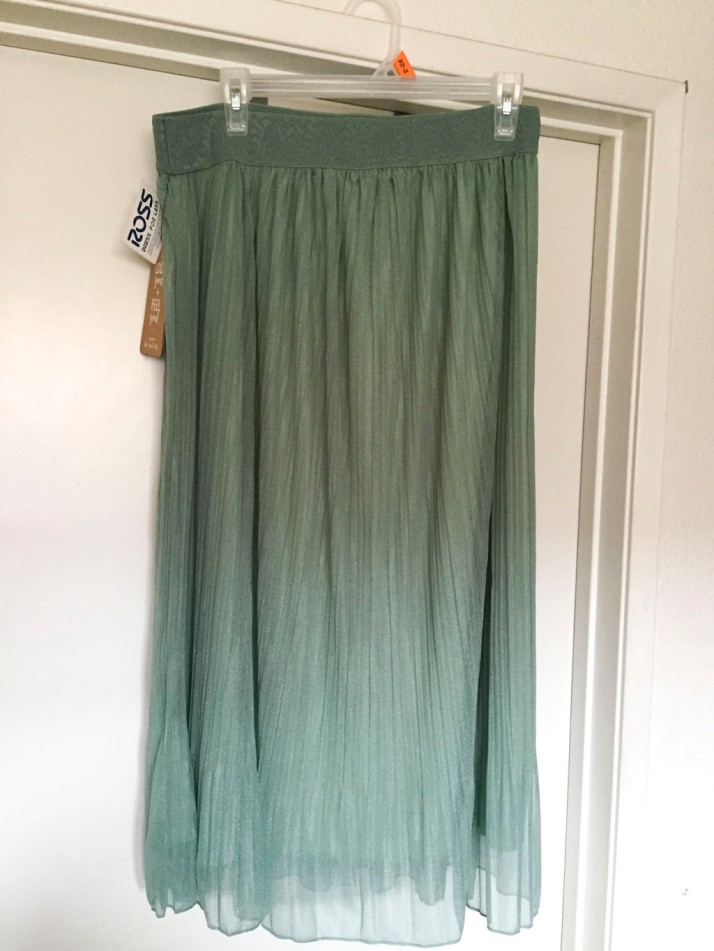 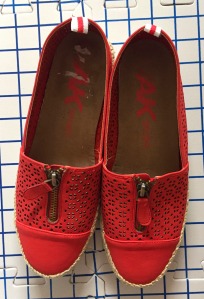 My hubby liked the top but thought it was too flowy for Ariel. He loved the skirt but I didn’t think it was the right color. He said the top reminded him more of Ursula. I love Ursula! She’s my favorite villain! I have plenty of black clothing to go with that top and I’m going to be Ursula bounding.

But I still wanted my Ariel outfit, and I turned to crochet. I’m sure no one is surprised. A green skirt in the color I wanted was in order. Now that I’m using the top for Ursula, I need a good top for Ariel, although I may trade it back and forth. I’m going to make that too. The trick is to make it look like regular clothing and NOT a costume. I think I can pull it off. And if I can’t, I’ll carry a change of clothes in case they don’t let me in.

I’ve been scouring YouTube and Pinterest looking at crochet tops. I watched videos on how to make crochet sea shells. I haven’t decided on the perfect top yet but I’m gaining on it. I’m going to combine a couple of things I’ve seen as well as add my own touches. Here is what I have so far. 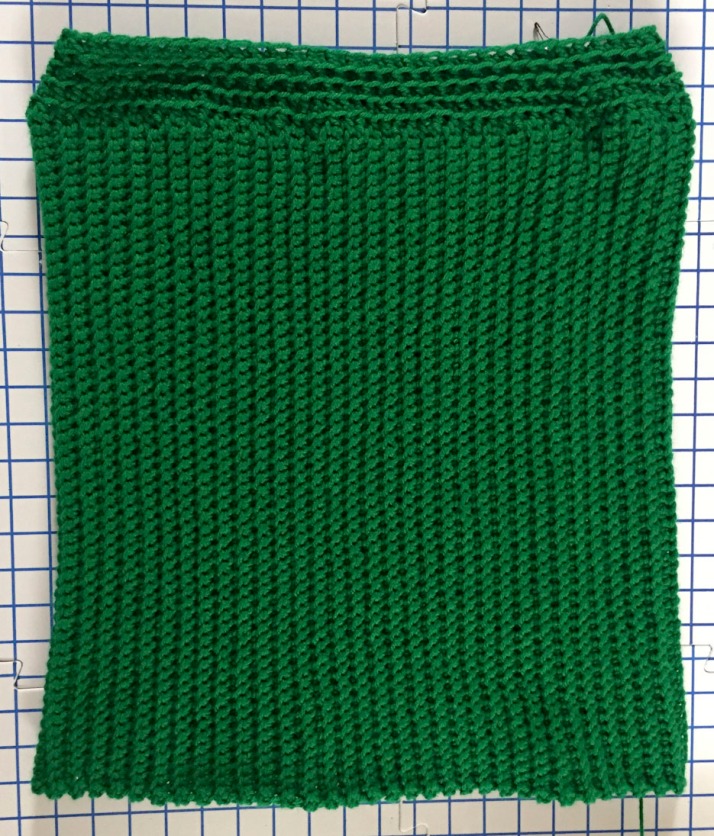 Made in single crochet in the back post. In the waist I used half double crochet. 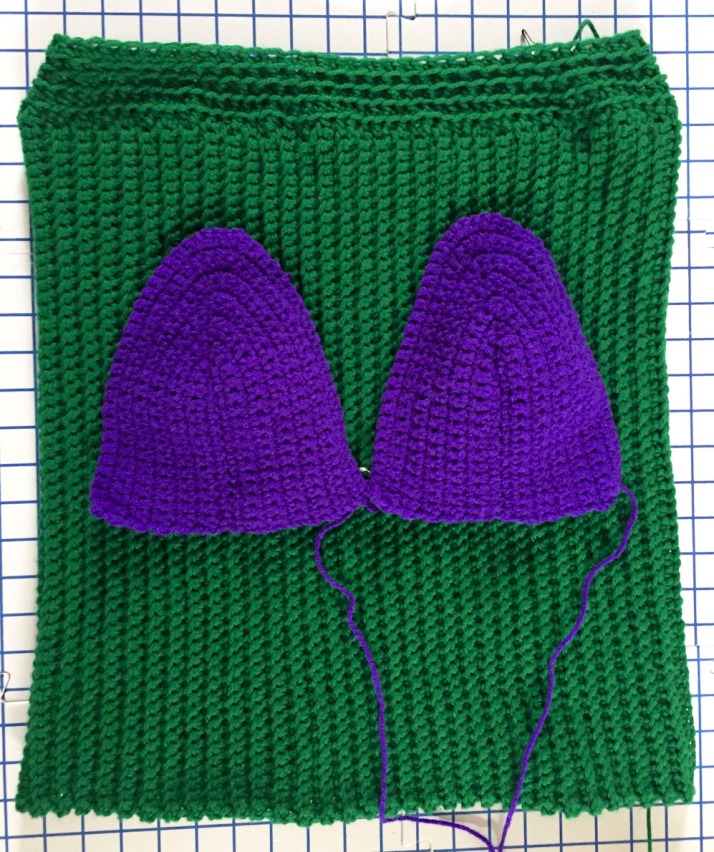 Now I need to figure out how to turn those into a top I like.

But wait, I’m not stopping there. I also want to do some Jack Skellington or Sally bounding. I might combine the two in some way. That might be interesting. 🙂 So I think that makes three bounding outfits and possibly four. I know, I’ve gone nuts, but it’s so much fun planning it.