For Mother’s Day, family got me tickets to a new Comic Con that’s practically in our own backyard. As some of you may have guessed from my save Lucifer post, I’m a bit of a geek, or is it a nerd?, in my tv viewing tastes. I’ve loved going to the San Diego Comic Con in the past. And by past, I mean 10 years ago! The first time I went in 2004, it was a  manageable convention. Then I went a couple of more times and by 2008, it had become a monster of a thing where it was almost impossible to get tickets. If you magically got them, it was impossible to make it into the panels without camping out for hours waiting to get in, which meant you missed out on other panels. Even then, you didn’t always get in. It was a gamble with the more popular panels. I tried for a few years to get tickets and then I just gave up.

Since then, I’ve been wanting to go to some of the smaller, local ones, but never got around to it. So it was such a nice surprise to get tickets to a convention that was only a few miles away. It was way smaller than the San Diego con without all the big panels you would see there, but it was still a lot of fun. This was only it’s second year in that venue and it was small but intimate. The panels were informative and easy to get into, no camping out necessary. They had a costume contest like you would expect. I didn’t participate this time around but I plan to next year. I wanted to see what it was like first.

The show floor was more manageable too, since it was smaller in scale. I bought a few art pieces but was tempted by so many things. 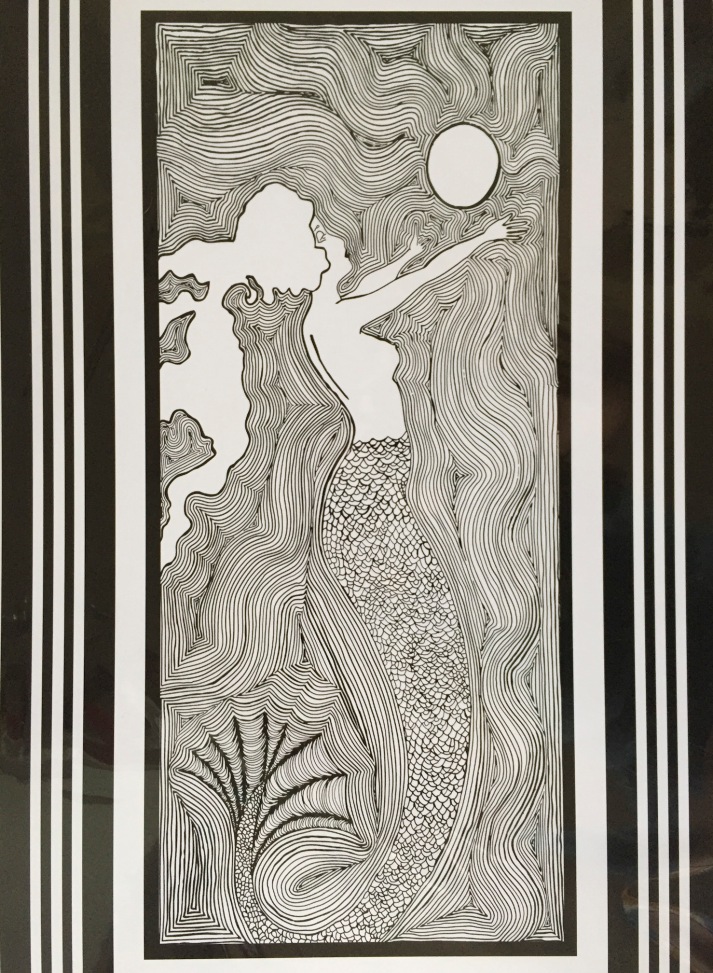 Because I love mermaids 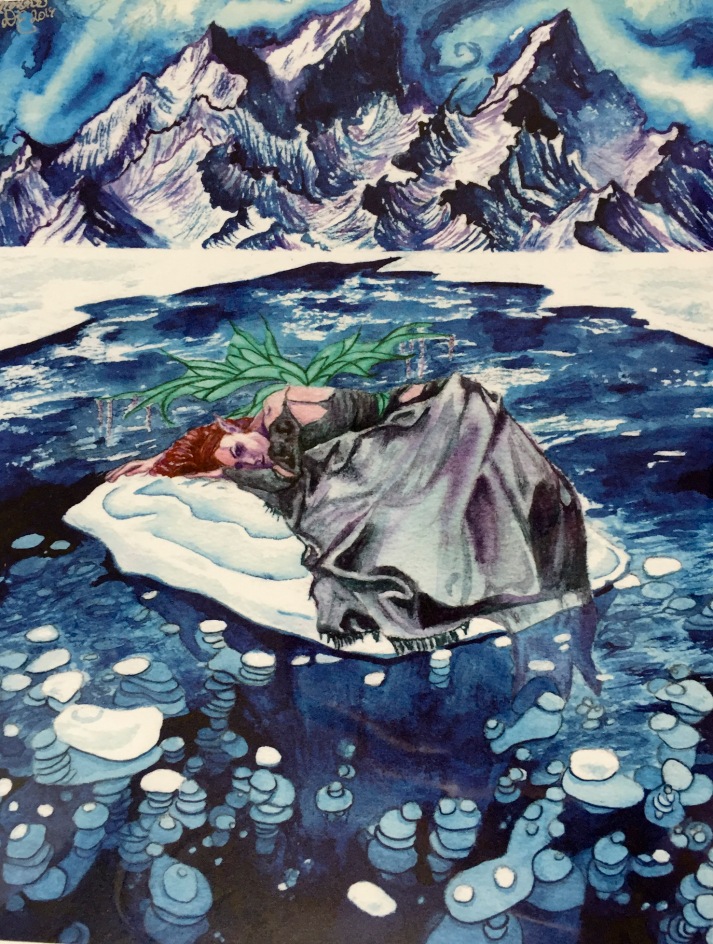 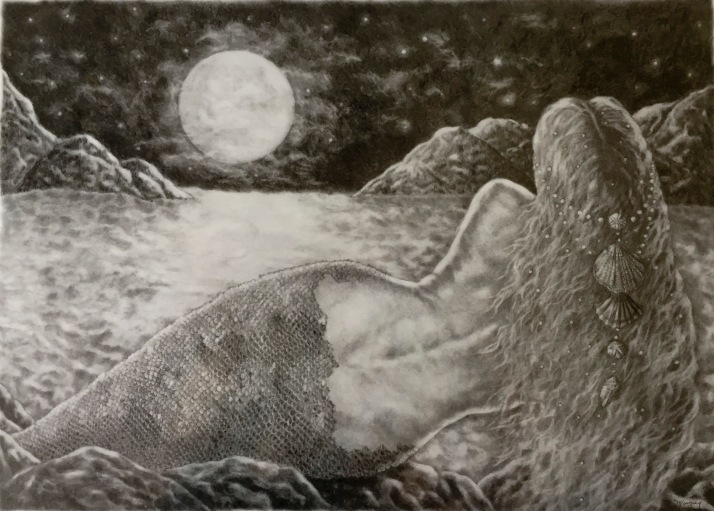 I actually bought this one at the Renaissance Fair but it gives you an idea of what I like. Mermaids! 🙂

Admittedly, I’m not actually into comics, but I love seeing people dress up. I especially love seeing all the different artwork. No doubt this Con will continue to grow and I’m glad to be there while it’s still in it’s infancy so I can grow right along with it.

Now that I know I want to be in the costume contest, I dreaming up ideas on what I could make. I saw this gorgeous mermaid costume that gave me an idea for my own crochet version.

The picture doesn’t do her costume justice. The top was a deep purple and the bottom was very shiny and green. I”m thinking I can make the top like a corset in that deep purple and I could make a green tail with fins. I don’t think I want it flared like hers but I may change my mind. I’ve got time to think about it. I plan to start early so I’m not rushing at the last minute. First thing I want to do is go look at yarn and see what gives me the right vibe.

A little aside: That shirt I’m wearing is from the San Diego Comic Con in 2008! I got it in a panel that was about the upcoming vampire show Tru Blood. I loved the books and I wanted to check out the panel. It consisted of the author, Charlain Harris, and the company promoting the upcoming cable series. It was must-see for me and, bonus, I scored a free t-shirt. I wore it right away at that same Con and people actually stopped me so they could take a picture with me as if I was in costume! It was really funny.

That’s not ‘people’. That’s my daughter. I forgot she went that time. 🙂

At this current Con, it was the second time I wore it (yep, it’s been in a drawer all that time). I didn’t think anyone would even know what it was anymore since the show stopped airing in 2014 but most people knew it was about vampires so it was still a win. 🙂

Overall, it was a great experience that I plan on doing again.