Jeffy is done and my student said something that made me glow all pink and rosy today. I don’t think he was necessarily giving me a complement (I’m not sure a 5th grade boy is capable of that, even if he’s thinking it) but it was a complement just the same. 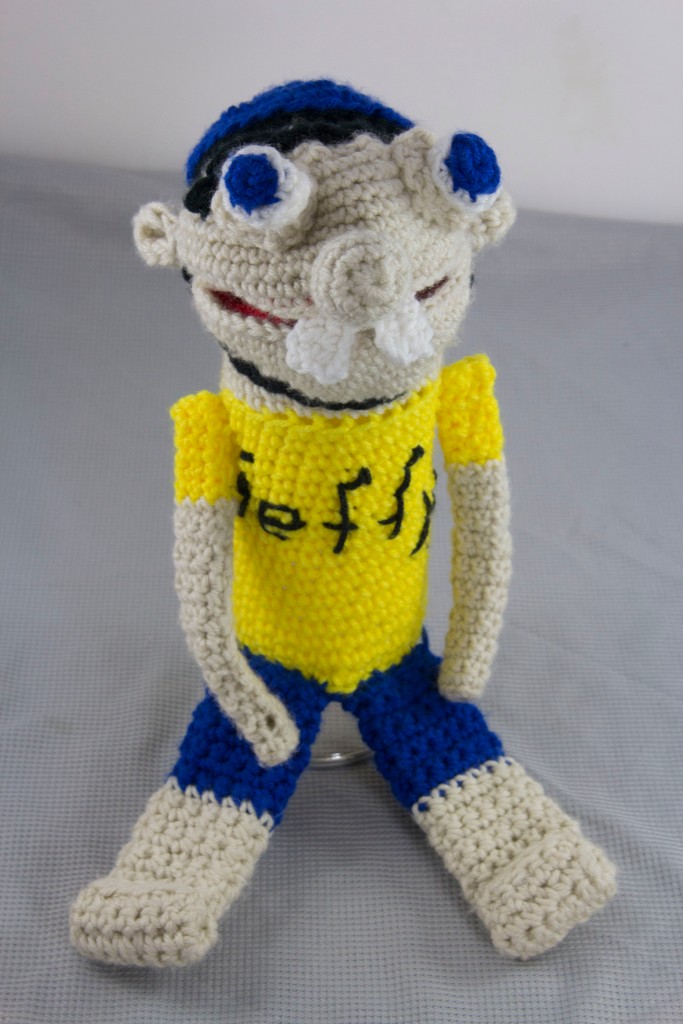 I’ve been letting him play with the puppet in all its levels of completeness (or incompleteness as was the case) and it’s been great watching his genuine joy at seeing the puppet develop. Today, I finished it and he and his buddy were having an absolute blast with it.

I got a couple of candid shots of them playing with him.

I took a group of kids to the restroom and while we were waiting on some of the kids to come out, he said to me that he thinks this is the only homemade puppet that actually looked like the real thing. That it was the best one.

Queue the glowy glow happening. You might be thinking that I directed this conversation and was fishing for complements but I wasn’t even talking about the puppet or even talking to the student. It was unsolicited! It was just true happiness on his part that he had the best puppet! Of course, there’s no way to prove his theory on that, but the fact that he believed that only showed how much he loved it. Believing he had the only existing homemade Jeffy the Puppet that looked like the real thing, well, that made my whole year.

Do I think it’s the best and most accurate homemade representation of Jeffy the Puppet? Uhm, no. He could have been better. The eyes are too poppy and I never gave him hands. No shoes either. But I will say this, when  I looked him up to do my research, there were only a handful of images of the actual puppet. I didn’t see any homemade representations out there, period, never mind crochet. Mine might be the first crochet version out there, at least that I could find. So my student might be right. That means I’m ahead of the curve!

Was he a success? For my student, absolutely! For me personally, maybe. I know he could have been better. I definitely learned I like making puppets, almost as much as making dolls. I might just make more puppets (not Jeffy though) of all varieties.

And just a reminder of the real thing. 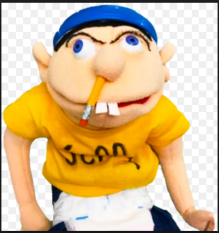 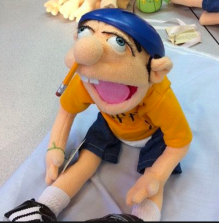 17 thoughts on “Crochet Jeffy The Puppet”