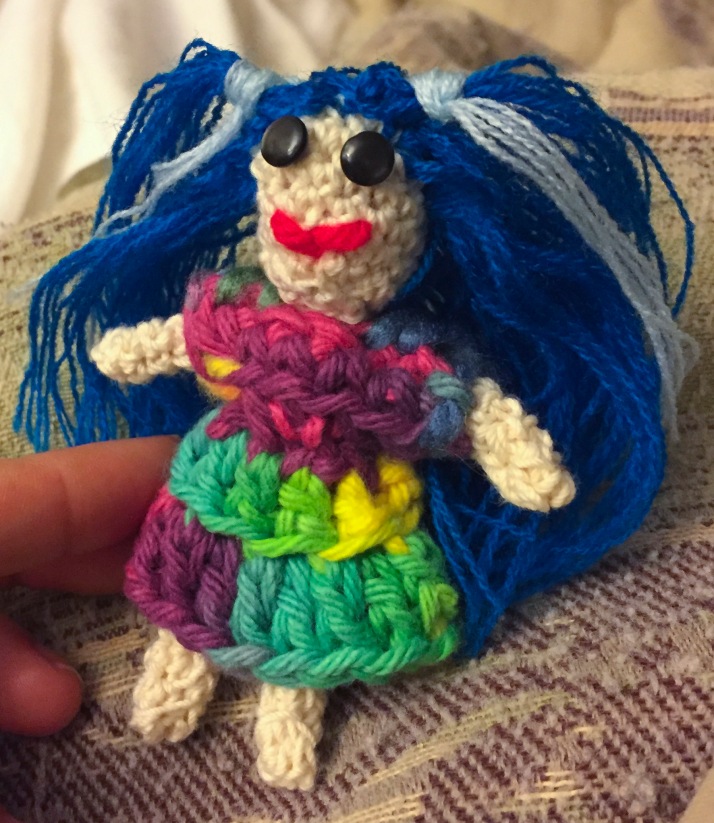 I’ve created all kinds of dolls over the years. I’ve even attempted a life-size doll (which is still missing legs). I’ve made small dolls too, but never a tiny doll. Well, I pulled out a ball of cotton thread that was lurking in a yarn drawer and thought it was about time to try it. I’ve been seeing these really cute miniature dolls created by other crocheters that have inspired me. I pulled out a C hook and went for it.

I made the head in the traditional amigurumi way with just one increase round, a few rounds with no increases and then one decrease round. I had these tiny buttons that I’ve been itching to use and they finally had a face to on. They made the doll look a bit funny but it was too late! I attached them and I wasn’t going to rip them out. I finished the face and stuffed it with a cotton ball. Boy, was that a mistake. It made the head a bit squishy. Not sure what possessed me to use a cotton ball instead of stuffing (laziness probably since it was closer than the stuffing) but live and learn. Then, I moved on to the body.

I did the arms, legs, and body in a different way. With such tiny stitches, I couldn’t even imagine working in the round (and I didn’t think my eyes could take it). Instead, I crocheted squares and rectangles, rolled them up and sewed them closed. No crocheting in the round and no stuffing needed. It was self stuffing! Win win. 🙂 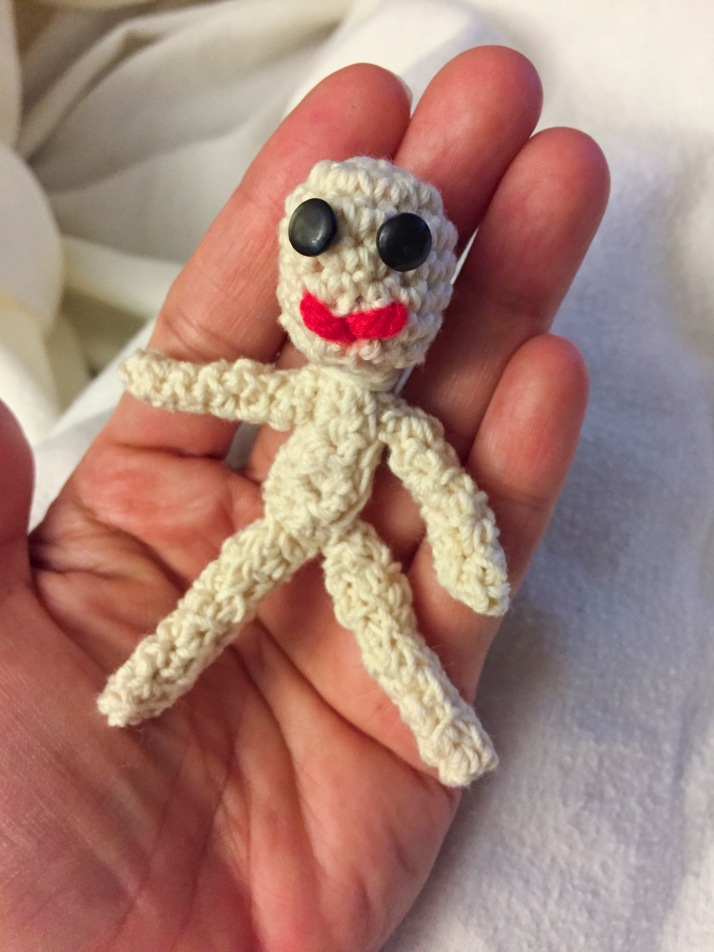 So cute at this stage. 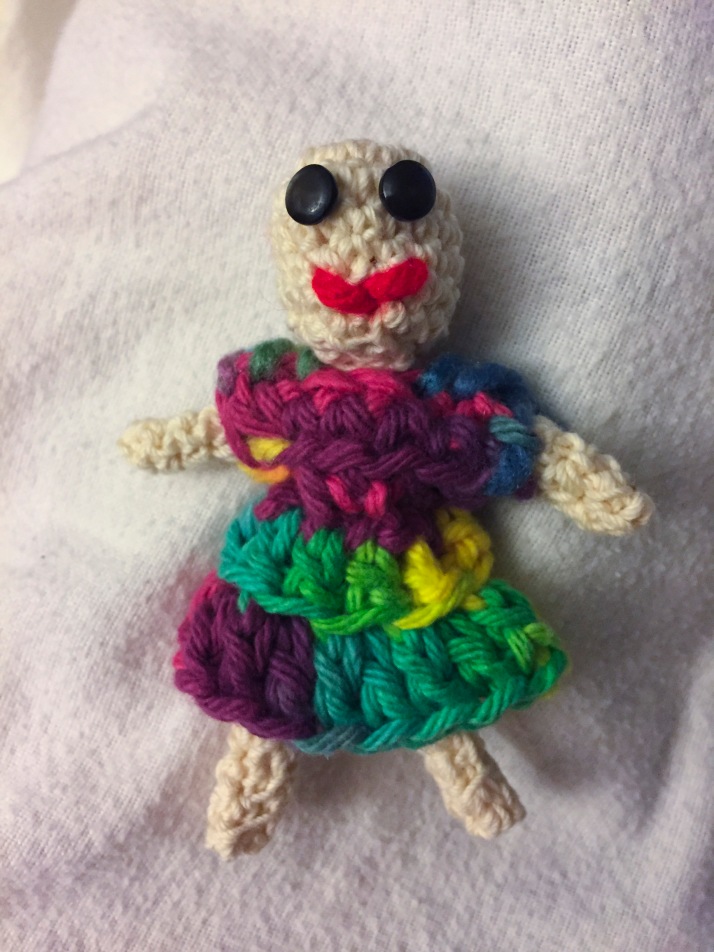 Then she got a little ugly.

The hair was last. This was a rainbow doll so I wanted to make colorful hair. The strands came from an unfinished project I had inherited when my mom passed away. She used the strands as a fringe. I recycled the yarn from the project and couldn’t bring myself to throw away the strands. I stuffed them in a baggie hoping to make a doll that just needed short, blue hair. It’s day had finally arrived!

She was still missing something so I added a bit more color to the hair (it came from the same baggie) and voila!

Hmmm, not sure if she’s cute or ugly now. Cugly!