A child’s imagination is truly great and I get to experience it on a daily basis.

At home, I have been furiously and single-mindedly making granny squares (springtime flower granny square) for my future sweater/cardigan. I’ve tried as many color combinations as could with just grey and black and I’m almost half done with the 74 squares I need for the finished piece. I wanted to try the same square at work but with the brighter colors we have.

I used two strands of yarn and started playing with colors. The kids became instantly curious and peppered me with the usual questions. What is it? What are you making? Is it going in the prize box? Can I have it? This is always followed by suggestions. Use this color. Make it this or that. You should really give it to me. That kind of thing. 🙂

The squares work up quickly so I was able to make a few in a short time. Once done, the kids needed to know what my intentions were because they were pretty sure they wanted whatever it was I was making. I told them the squares hadn’t spoken to me yet on what they wanted to become (they didn’t even look at me strangely after I said that! lol). I had three different squares completed and they were voting on which ones they liked best.

They all saw different things the squares could become and this is why I love working with kids. I could turn it into a bowl, a hat, a rug (for dolls of course), a baby doll blanket, and even a mouse pad (although this student had a very convincing argument that it would make a great mouse pad, I was and continue to be doubtful!).

In the end, I decided I would make a purse but the wholes in the square were too big so I made a bunch of little plugs that I would have to sew into the spaces.

They didn’t take as long to make as I feared they would and neither did sewing them on. 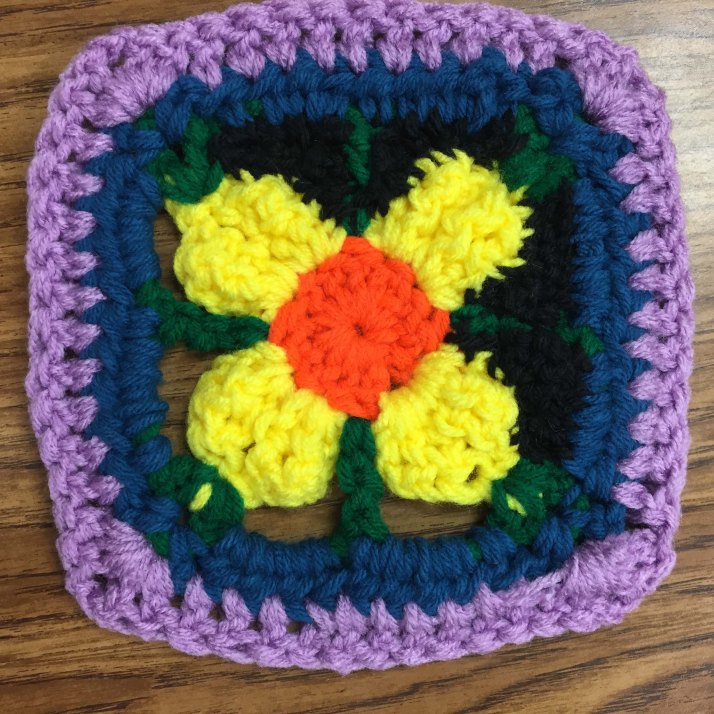 When done, I had a cute little purse. 🙂 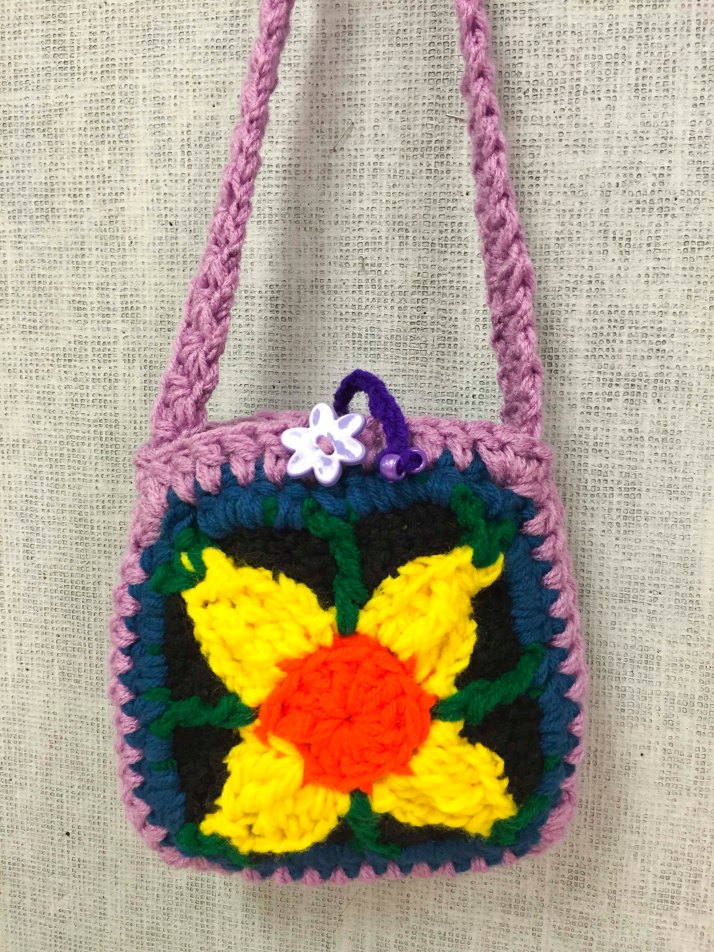 The purse got photobombed!

About four girls really want this one but they all agreed that the one who is moving this summer and won’t be back next year should get it. So now she needs to earn two more stars on our chart by the end of the day in order for her to get it fair and square. I’m sure it will happen considering I make the rules for how to earn stars. 😉

Naturally, the oldest girl of the group suggested (strongly suggested) I make lots and lots of them by the end of the school year so all the girls could earn one. Did I mention there are only nine days left of school! Task drivers! I think I can do it! Hand me my hooks!

It gets hot in the summer around here but the digits have risen higher than I’ve ever experienced in my neck of the woods. I used to cry foul when we hit 105. This week, we reached 115 more than once and and 109 seems to have become the norm! Other places are hotter so […]