I have two more dolls I want to make at work before the end of the school year. I’m hoping they’re my last two student requests. I guess I should say I’m planning to stop at these two dolls because the request never stop coming. But I might get suckered, I mean convinced, to do more. 🙂 One is a Mario rag doll from Super Mario Brothers. I’ve been putting off doing this one because it seemed more complicated. Not the doll itself but getting the face and the hat just right so that it looks like him. The other request was for a Spiderman doll and I almost started on that one because it’s not that hard to make it LOOK like Spiderman even if it’s not perfect. But I put Mario off too many times and I finally went for it.

I looked at different sources to find a look I wanted to work with. I actually combined different looks from different sources. I used Minecraft versions, Lego versions, and the actual image from the game. The trick is to go as simple as possible, at least with these dolls because the idea is to get them done quickly while still clearly recognizing what they are supposed to be. If the child doesn’t think it looks like the character, then they are disappointed. So far, I’ve been pretty successful with student happiness but this one had me worried for some reason.

The progress so far. 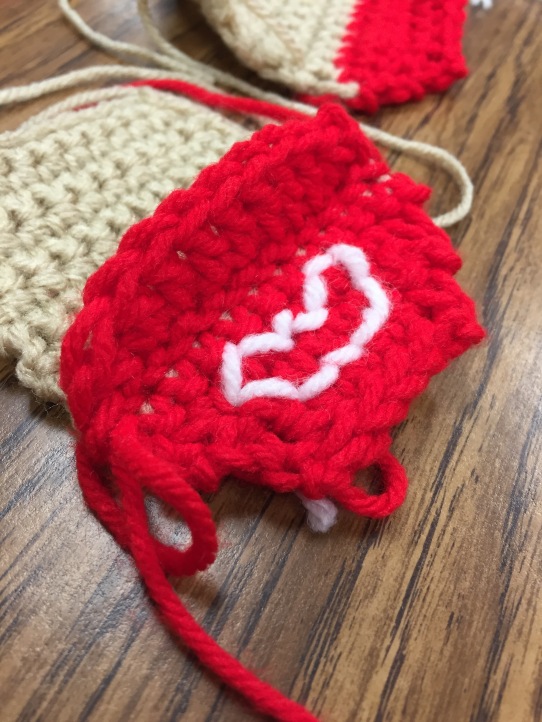 I thought  a lip on the cap would make it more recognizable.

The emblem had me worried but the kids knew what it was right away. Phew! 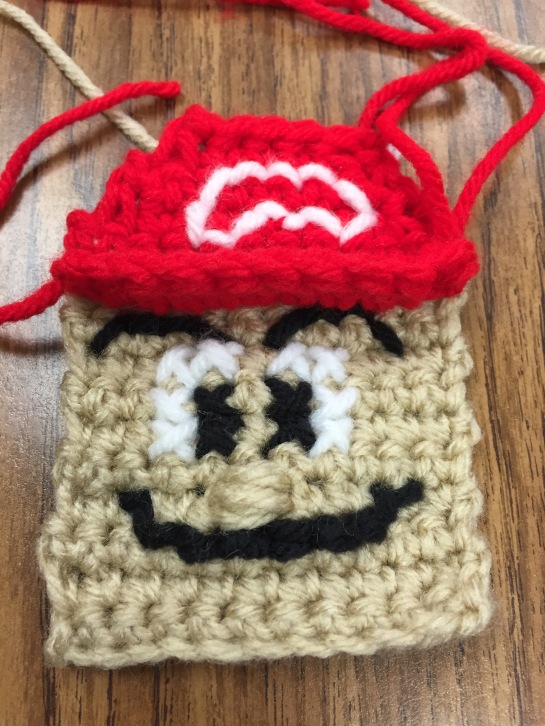 Not sure this looks like Mario but the kids seem to think so.

At home, I’ve been working on a Superman crochet doll. My hubby wanted me to make him so he could battle Batman. I already gave Batman away so I guess I have to make another one. But here’s Superman so far. I’m hoping to have patterns for these when I’m all done with them.

I sometimes do one panel (instead of two) with a back post single crochet about halfway through for an edge where I fold it in half. 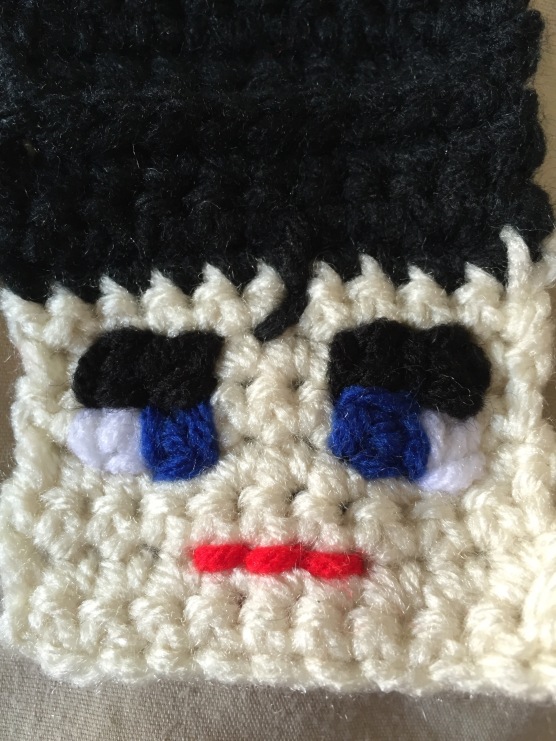 Ready for his closeup! 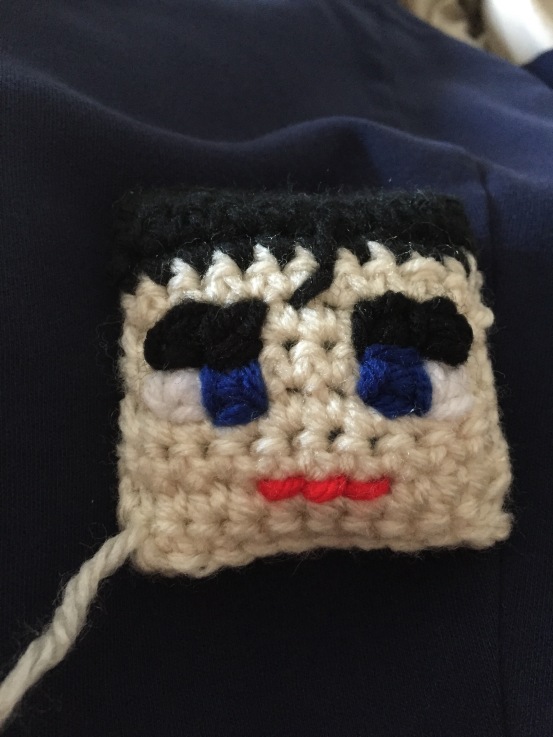 The head is assembled.

Once I’m done with Mario at work, I’ll start on Spiderman. Once I’m done with Superman at home, I’ll work on another Batman. Of course I’m still working on my cape but it’s looking less and less likely I’ll finish it in time for Ren Faire but there’s always next year. 🙂